As a passionate and loyal soccer fan, you are probably aware that soccer shirts are a huge deal; they represent a moment in history becoming as iconic as the players who wear them out on the field. So, today we’ll be sharing with you some of the most expensive soccer shirts worn by some of your favorite players.

You probably wonder what is it exactly about soccer shirts being super expensive; well, most of them are vintage and were made famous by the players who wore them years ago. At the time, replicas weren’t as common, and manufacturers produced fewer shirts in general. So, having one of them in good conditions today obviously makes it a classic, a point of reference to that specific moment in time, thus becoming iconic.

So, if you happen to have a soccer shirt you were given as a kid and haven’t gotten rid of it just yet, you’ll be glad to know you may own one of the most valuable shirts of all time. Now that you understand why soccer shirts could be worth so much, it is time to check out some of the most expensive soccer shirts around.

According to the Casumo website, a soccer shirt is made valuable or expensive considering three elements or factors: what took place on the field, the design, and lastly, the availability.

What is the most expensive football shirt of all time?

The most expensive shirt ever sold was the No. 10 shirts worn by Brazil legend Pele during the 1970 World Cup final. This jersey made history around the world after Pele had scored the first goal of the final against Italy in the 18th minute, which ended in a 4-1 victory that ultimately crowned Brazil world champions; and made history again in 2002, when it was bought at Christie’s, London for $225,109. 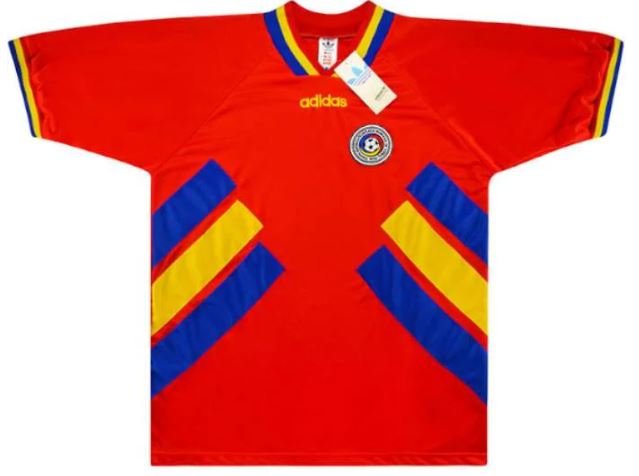 Romania, led by midfielder Gheorghe Hagi, went to the quarter-finals against Sweden wearing this shirt during the World Cup in 1994. This design was created by Adidas. 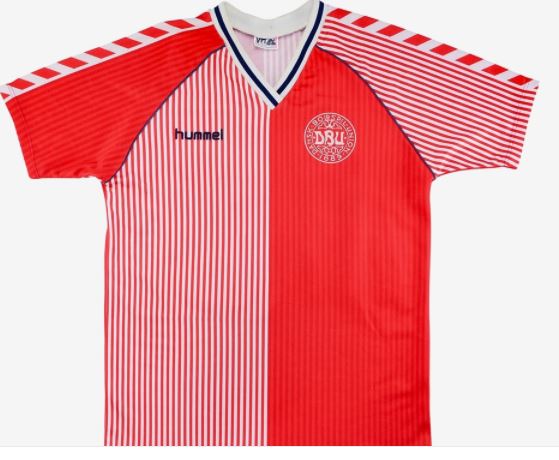 You probably recognize this shirt; it is one of the most popular collectible shirts ever made. This was the shirt worn when the Danes scored a 1-0 victory over Scotland during the 1986 World Cup, and it is a Hummel creation.
This iconic Jersey was designed with extremely rare Home Shorts, designed for Mexico 86 World Cup. Unfortunately, FIFA made the Danes change shorts to a plain Red and plain White version. 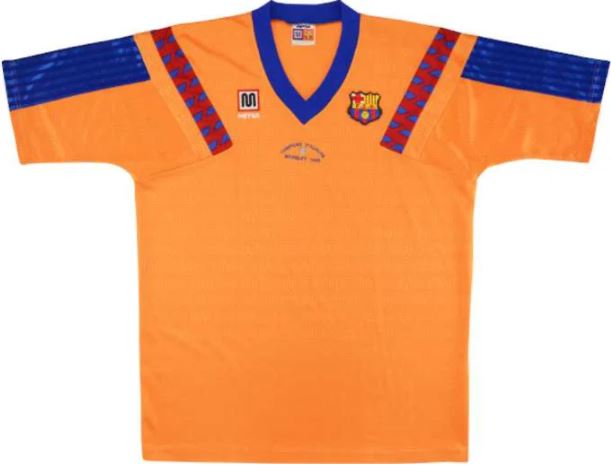 This rare shirt comprises one of the most famous nights in the side’s history. It was worn by the likes of Michael Laudrup in FC Barcelona’s first-ever European Cup triumph. The team came out on top in a final against Italian team Sampdoria at Wembley, thanks to an extra-time goal from Ronald Koeman. At the time, the team was led under Johan Cryuff. 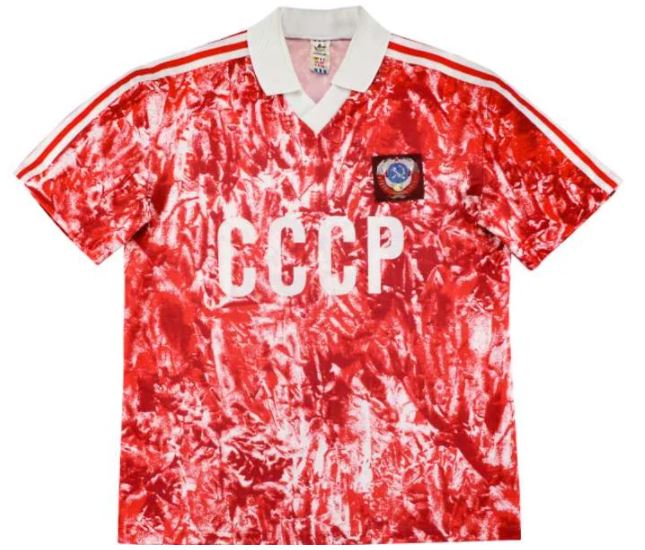 This soccer jersey is especially rare because it was the last USSR shirt to feature at a World Cup. This stunning vintage design came out for the 1990 World Cup. 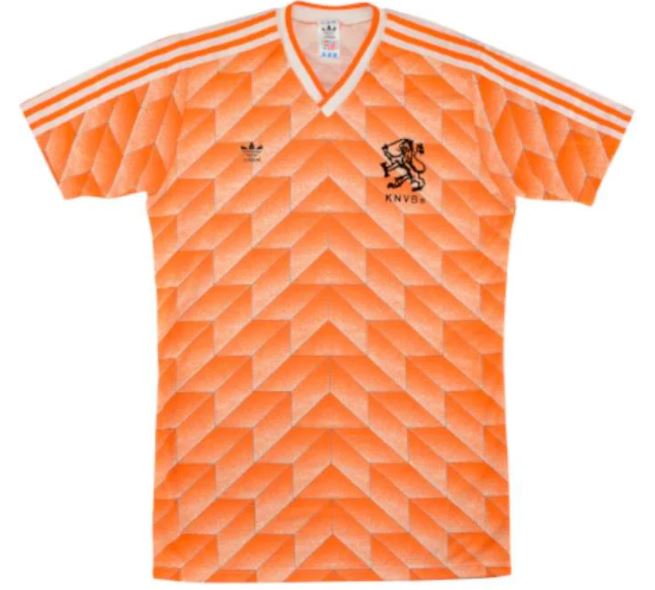 Easy to recognize, this Adidas design is famed for its geometric style; Holland’s classic orange home shirt was worn in the 1988 European Championships when the team, including Marco van Basten, beat the Soviet Union in the final 2-0. It was exclusively worn only during the tournament and never was seen again. This is considered by many the most sought-after football shirt of all time. 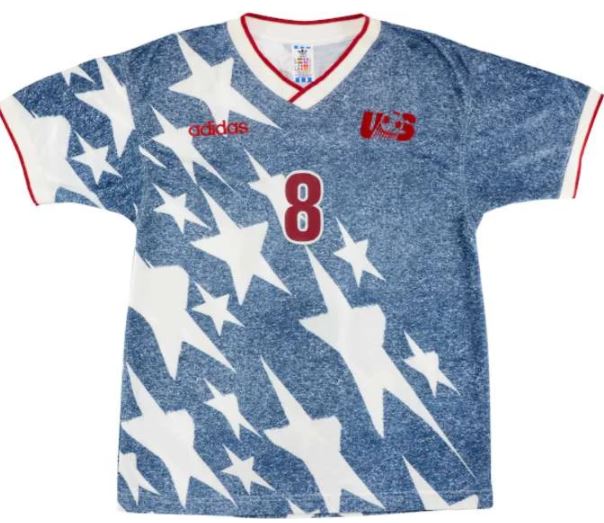 This shirt was worn by hosts USA in every game for the 1994 World Cup; it was the first time the World Cup came to the United States. Originally said to be the away shirt, it was worn when the USA exited after suffering a 1-0 defeat to eventual champions Brazil. The stars and stripes shirt was made by Adidas. 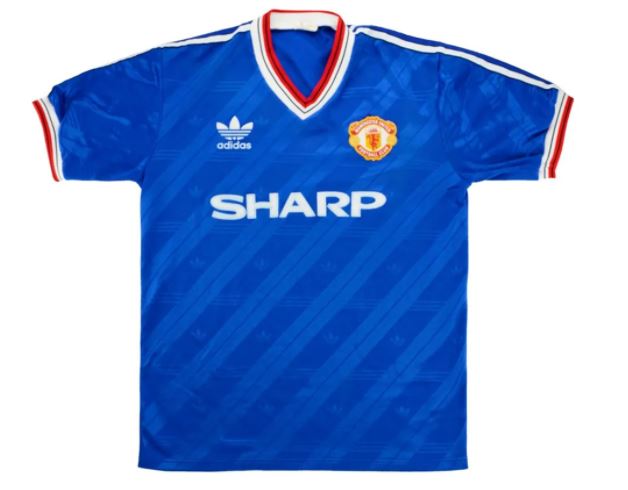 This shirt was released during Sir Alex Ferguson’s first season in charge at Manchester United and was worn by Bryan Robson. It is a classic design from Adidas and is considered one of the team’s most valuable shirts. 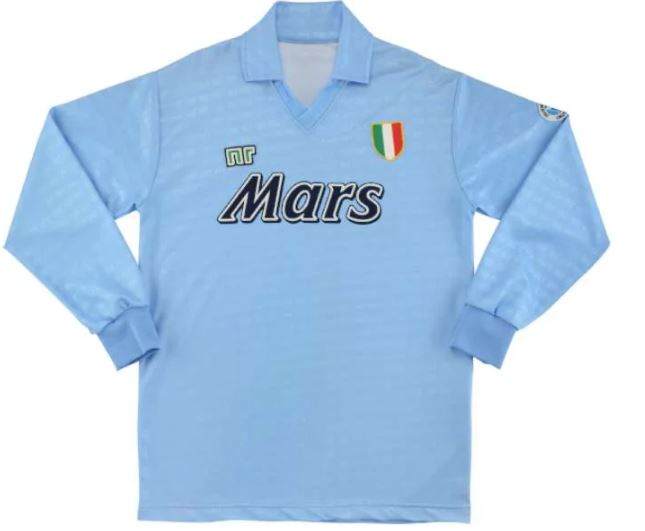 This is one of the most famous soccer shirts in the world. It is Napoli’s home shirt which features the Scudetto shield as well as the Mars sponsorship. Set on under the spotlight when the club signed Diego Maradona in 1984 and was worn in his final match;during his final season in Naples. 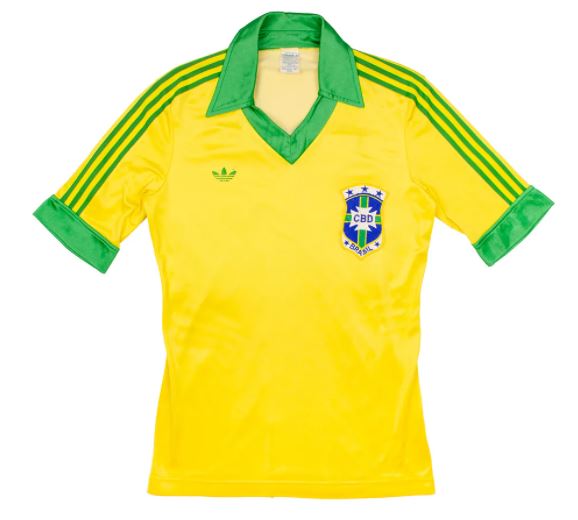 This design was worn at the 1978 World Cup; this shirt saw Brazil maintain its record of being the only team to enter every World Cup final without actually taking the trophy home. 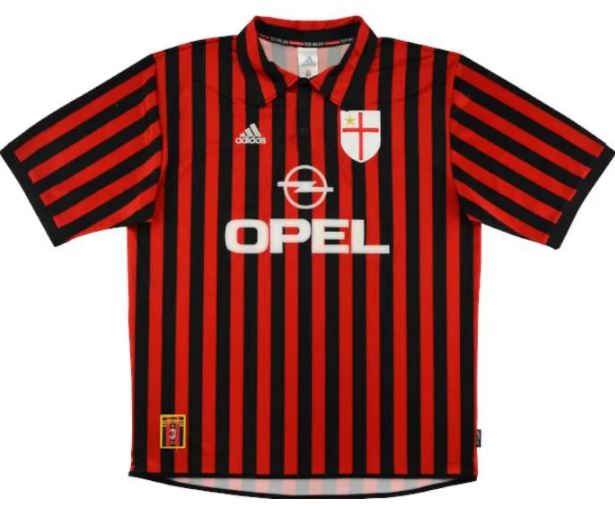 One of the most sought-after AC Milan shirts was released as part of the club’s centenary celebrations and was worn during the 1999-00 Serie A season. The shirt featuring a thinner stripe than other shirts in its back catalog; it also features a special crest. 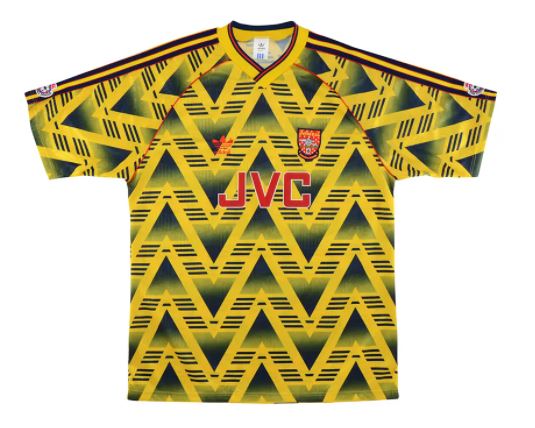 This shirt was worn by the likes of Ian Wright during some of Arsenal’s most notable matches from 1991 until 1993. The Adidas-designed is always referenced as the ‘bruised banana’ shirt. When the team wore this Jersey, notable moments include when George Graham’s side failed to win a trophy during the shirt’s debut season, falling out of the FA and League Cup at the third-round stage and finishing fourth in the First Division. 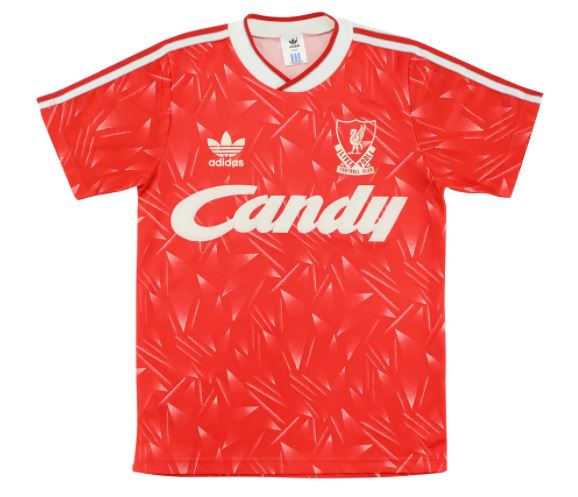 You probably recognized the LFC classic Candy home shirt if you are a loyal and passionate Liverpool FC fan. This jersey was worn by football legends such as John Barnes, Ian Rush, and Peter Beardsley, including when the side won the league title in the 1989-90 season. 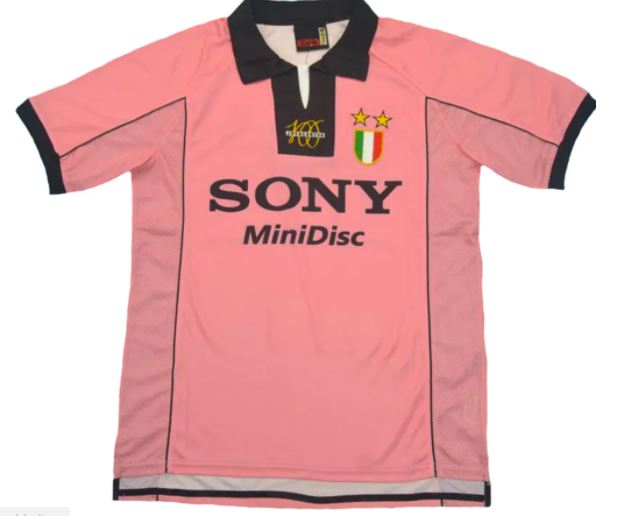 You may or may not remember Zinedine Zidane wearing this Kappa-designed pink shirt during the club’s centenary season. Marcello Lippi’s side won Serie A but was beaten in their third successive Champions League final by Real Madrid.

Soccer star Andres Iniesta needs little introduction; the Spanish footballer is widely known to fans for playing for the Spanish national team and the Spanish club FC Barcelona. And since we know how … END_OF_DOCUMENT_TOKEN_TO_BE_REPLACED

Female soccer legend Abby Wambach needs little introduction; the professional soccer player is widely known to fans for playing for the U.S. women's soccer team. And since we know how much of a fan … END_OF_DOCUMENT_TOKEN_TO_BE_REPLACED

German midfielder Mesut Özil is regarded as one of soccer's best players; he rose to prominence during the 2010 FIFA World Cup and the Spanish club Real Madrid. In his 30's he has managed to establish … END_OF_DOCUMENT_TOKEN_TO_BE_REPLACED